Carnival Cruise Lines (CCL) makes plans to resume some of its cruise from August 1 even with the ban placed on it from embarking on such cruise due to coronavirus concerns. In response to the public concerns of its decision, Carnival said that they “are committed to supporting all public health efforts to manage the COVID-19 situation.

‘We are taking a measured approach, focusing our return to service on a select number of homeports where we have more significant operations that are easily accessible by car for majority of our guests,” Carnival said.

The company has however stated that it would resume operations in North America on August 1. It intends that eight of its ships will operate from three US cities namely: Galveston, Texas; Port Canaveral, Florida, and Miami. The ships have been scheduled to make stops in the Cayman Islands, Jamaica, Mexico, and the Bahamas.

Since the beginning of the coronavirus pandemic in the United States, Carnival and other cruise lines have been forced to stop passenger service operations. During Carnival’s last cruise, over 1,500 passengers were infected with the coronavirus. About 68,000 Americans have since died from the coronavirus.

As a result of the massive coronavirus infection rate from Carnival, the US Centers for Disease Control ordered a “no sail order” for all cruise ships. There has also been a recent extension of this order which is all in the process of keeping Americans safe. There is no telling when the order will be lifted. According to the CDC, the order will stand until the secretary of Health and Human Services either declares that Covid-19 no longer poses a major threat to public health or remodifies the order or after 100 days from April 15 (the publishing date of the order in the Federal Register) have passed.

The order doesn’t only prohibit sails but also disallows cruise workers from lodging in hotels, taking commercial flights, using public transports, or interacting with the rest of society until after 14 days after arrival on land. There are currently 120 cruise ships in the US waters with nearly 80,000 crew members on board, this is according to a CBS report.

Like other companies, Carnival shares have fallen 73% to $13.74 so far this year. Its numbers may still fall, following an announcement by the House of Representatives to probe the company for poorly handling the coronavirus outbreaks on its ships.

Carnival’s fixed date (August 1), is in accordance with the 100-day requirement after the order’s publishing date. However, there is “no assurance of a return on August 1, but the eight ships remain in the schedule as we continue to work with government officials on a potential return to service,” the company said in a statement. 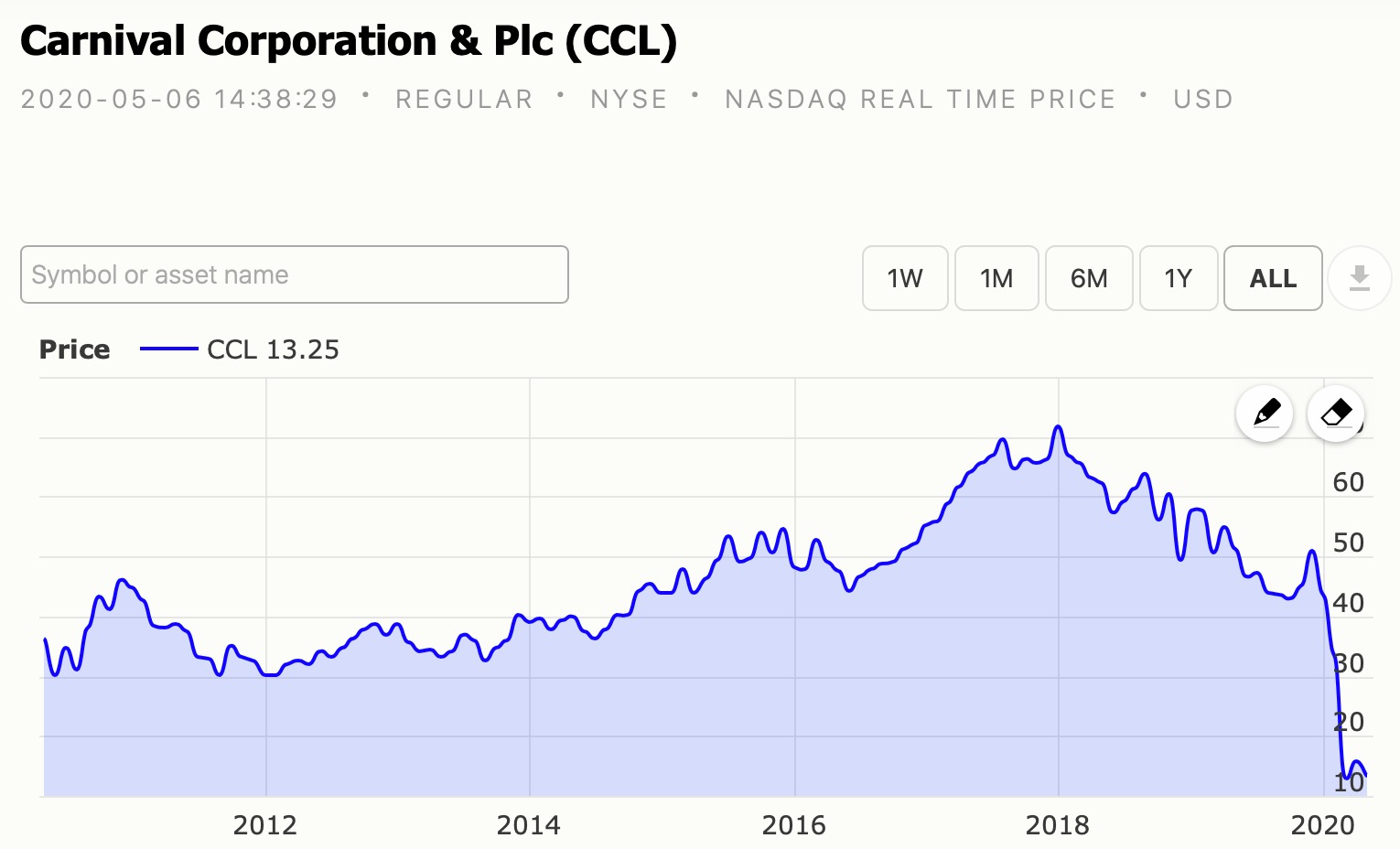 US Senate Passes New Bill That Could Delist Some Chinese Companies