A Beginner’s Guide to Understanding ETFs

Key PointsETFs encompasses multiple investment vehicles such as stocks, bonds, commodities or a combination of all in a single basketIt offers both the trading benefits of stocks and diversification b...

The Best Performing Mutual Funds in 2020

Coronavirus Unemployment Benefits: Who can apply? How to apply?

what is the meaning of furlough

Coronavirus (officially named Covid-19) is an epidemic that broke out last year, first in China and has gradually spread to some countries in Europe, America, and the Middle East. Coronavirus is now affecting the stock market around the world.

Coronavirus belongs to a family of viruses that develop in animals but has recently moved to humans. Belonging to this family of viruses are also the severe acute respiratory syndrome (Sars) and the Middle East respiratory syndrome (Mers), each more deadly than the coronavirus. The outbreak was reported to have started in a wet market in Wuhan which is known for its sales of both dead and alive animals—fish and birds. There is no telling what kind of viruses are packed in dead animals, and being butchered in the same place with living animals can only give room for an easy transfer of viruses. Though there is no telling which animals exactly carried the virus assumptions have been made that bats must have infected the birds considering that bats are the known carriers of the virus. 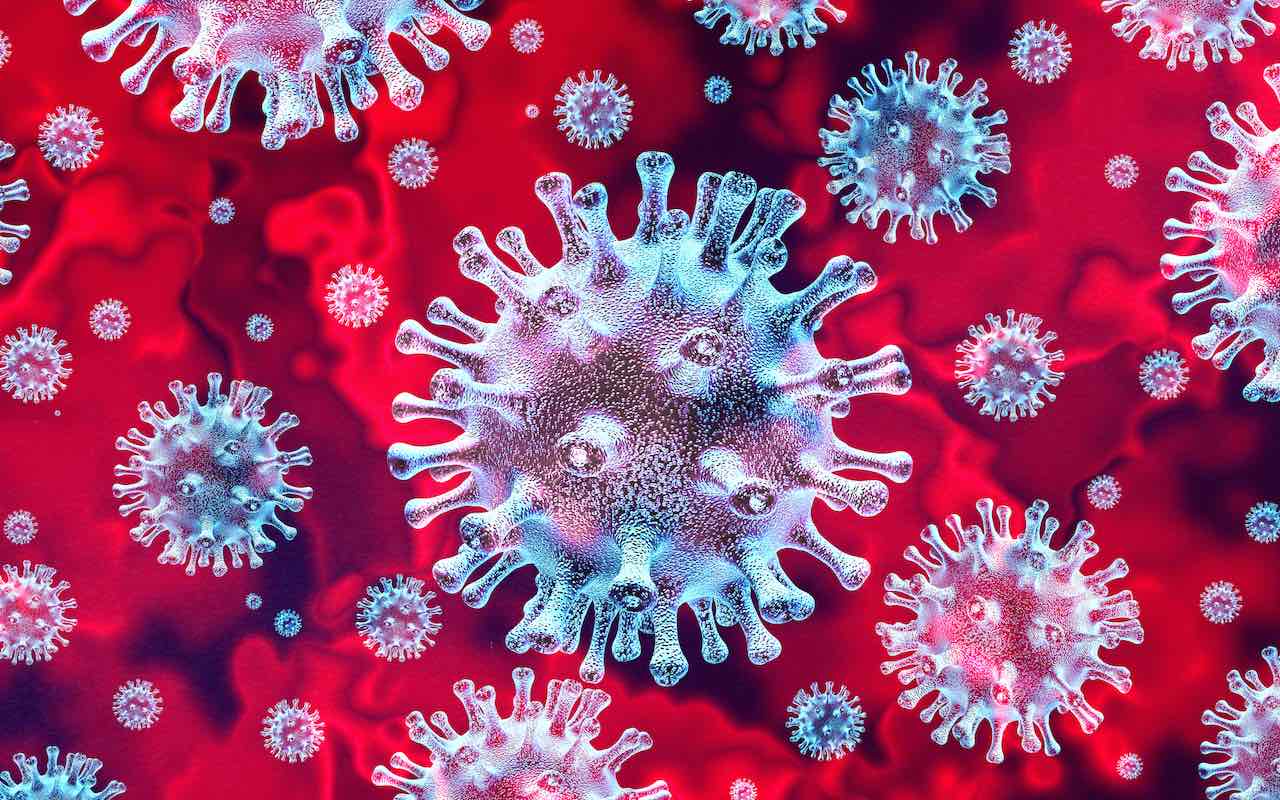 So far, there has been a record of 80,000 coronavirus cases globally with at least 20 percent of the cases reported as “severe.” The overall death toll percentage is about 4 percent which is over 2,760 of the total number with the majority of its records in China. The epidemic which started in China has since spread to other countries. As of 25th February 2020 coronavirus cases were recorded as follows:

NB: As of 26th February the affected countries increased with 16 reported cases in Iran, and 1 case each in Brazil, Taiwan, and the Philippines.

Some parts of China have begun to lower their emergency response level as lower cases of the epidemic are being reported and recently affected countries are hoping the numbers don’t go up. It still remains a fact that the coronavirus outbreak has greatly interrupted daily living in many of these countries as people have to be extra cautious in their day-to-day activities. It is practically changing the way people live their lives in China and other parts of the world. The epidemic outbreak is affecting more than lives as both domestic and global markets begin to suffer. The big question is, “how does a virus epidemic affect the financial markets and global economies?” What’s the relationship between the two? 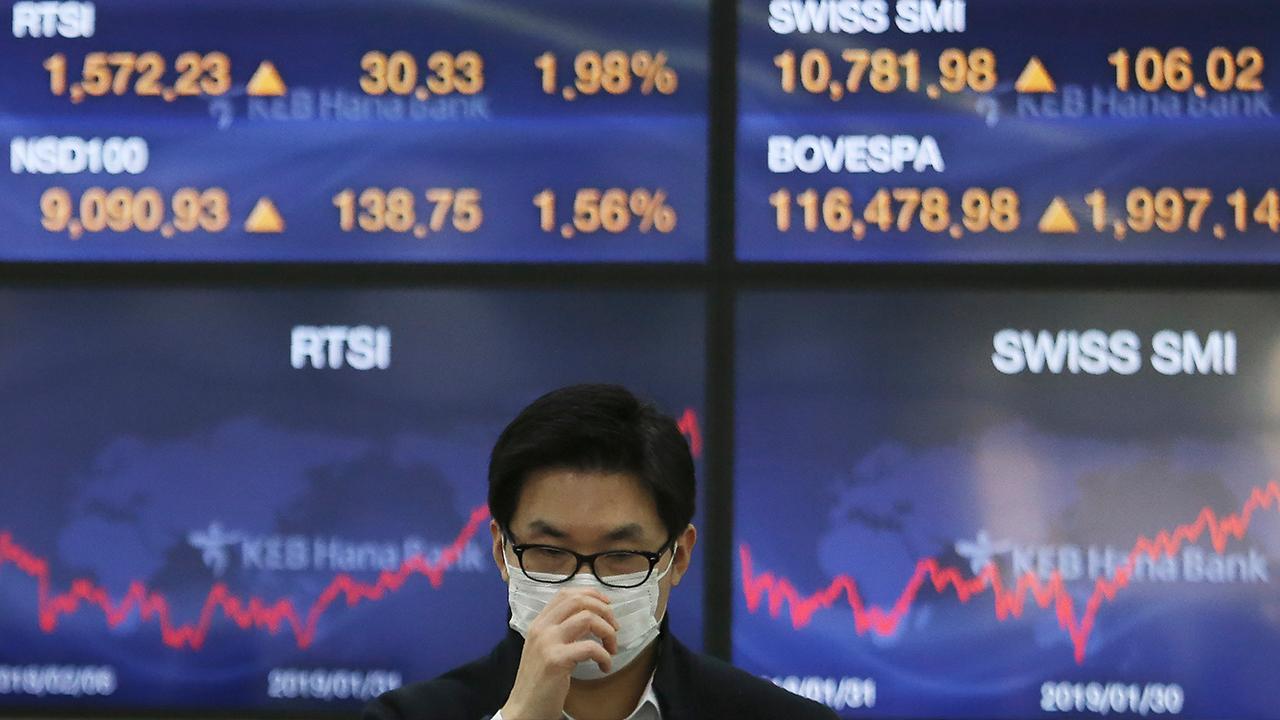 Coronavirus’ Effects on the Asian Market

Like other life-changing issues such as war, famine, flood, etc., a virus outbreak goes beyond affecting the health and daily lives of a people to affecting the economy. These issues vary on different levels, however, the most alarming is a virus outbreak as many countries will be strict on their dealings with affected countries so as not to get their countries injected with deadly viruses.

As of Monday, 24th February, it was reported that Asian Pacific markets traded mixed as investors continue to track the possibility of an economic fallout caused by the coronavirus. On the contrary, Chinese shares on the mainland were up 2.28% to 2,983.62 while the Shenzen component rose 3.18% to 1,835.96.

The Kospi index of South Korea fell by 0.06% to 2,242.17, while Singapore’s Straits Times index declined by 0.23%. Next to China, Singapore holds the second-highest recorded cases of coronavirus.

In order to reduce the impact of the virus on the Chinese market and businesses, China aims at cutting taxes and increasing government spending as stated by its Finance Minister Liu Kun. The Finance Ministry kept to its words as all departments of the finance ministries had allocated a total of 90.15 billion yuan by Friday, 21st February as second-round support for treating and eradicating the deadly virus.

There is also an expectation by economists of the People’s Bank of China to seek more ways to increase its liquidity so enable easy funding in the Chinese money market to prevent possible downside risks that may result from the epidemic. 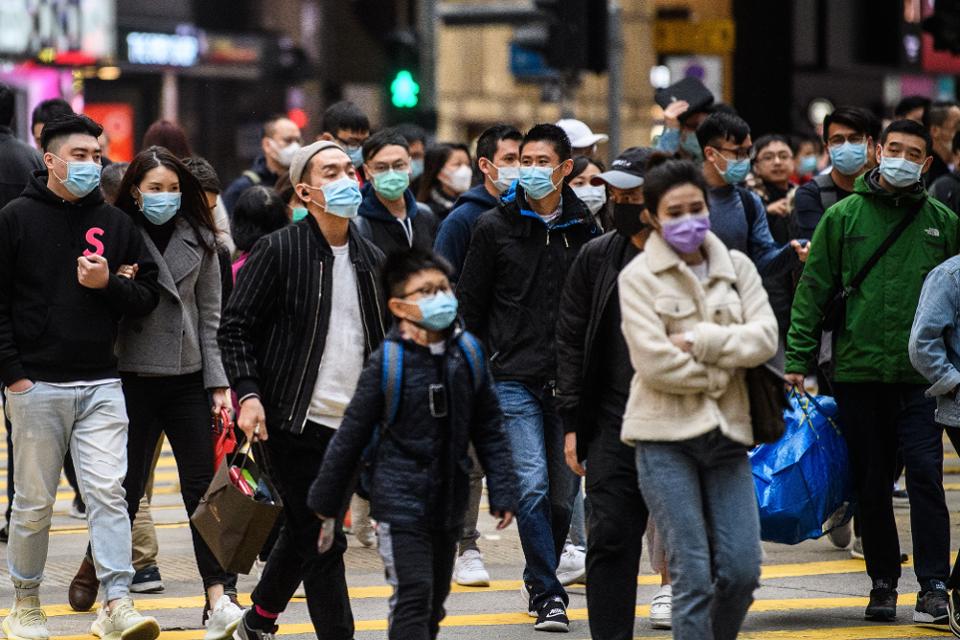 How does the Coronavirus Affect the World Market?

The coronavirus epidemic is said to have a significant economic impact not only on the Chinese and Asian markets but on the global market at large. China has the second-largest market in the world and has practically become the number one manufacturers of many commodities. The hit on the Chinese market would be greatly felt as China is at its peak of dominating the global market and has made numerous connections with the rest of the world. By all implications, a hit on the Chinese market would be a hit on the global market. Some analysts have stated that the impact of the coronavirus may be worse than the SARs epidemic of 2003 which affected China’s economic growth by 0.5% to 1%. The coronavirus outbreak stands to cost China tens of billions of dollars in this quarter alone as more government spending would go into containing the epidemic. Hopefully, after the virus peak has maxed out the country can begin to regain financial stability by the second quarter 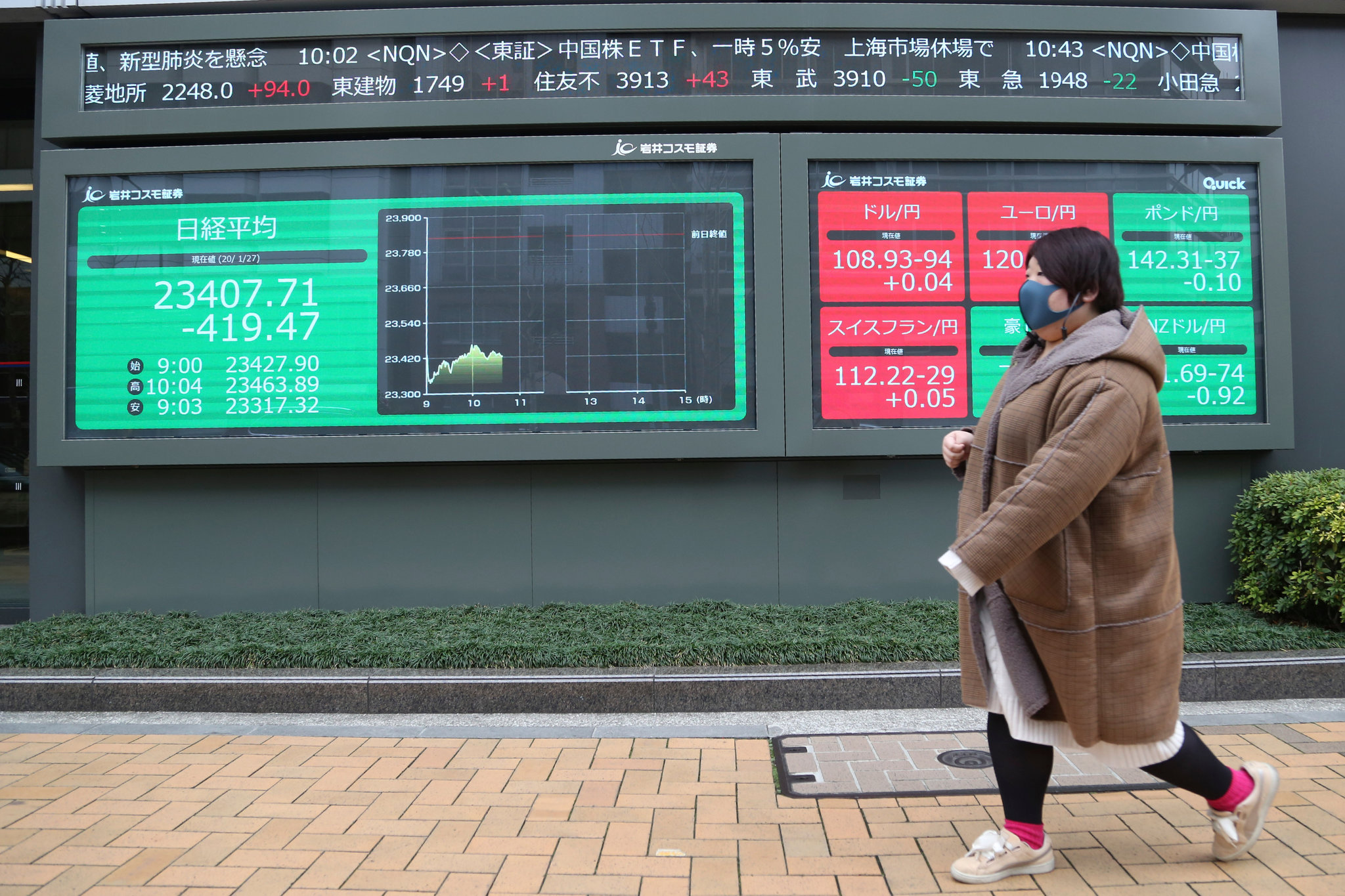 As the Chinese government and the government of other affected countries seek more measures to contain the outbreak, global investors are expecting the worst market impact. Stephen Innes of AxiCorp stated in a report that the “Covid-19 could significantly affect short term earnings: Reiterate Sell.”

Recent reports have stated that Brazil has also been affected after it confirmed its first coronavirus case earlier in the day. Prior to that, the country’s benchmark index fell over 5%.

The companies that are mostly affected by the epidemic impact are the firms that rely majorly on China as their manufacturer. Apple Inc. (AAPL -3.39%) has already reported that it may not be able to meet its second-quarter financial guidance as the epidemic has placed an automatic hold on its production line. Other companies such as Virgin Australia, Diageo, and Danone have also declared the same predicament. Though Apple’s production units are not located in cities where the Coronavirus is intense, productions have still been slowed down. The company has joined other companies who are predicting that the epidemic would have a great impact on their bottom lines. In a statement by one of its representatives, Apple stated that “the health and well-being of every person who helps make these products possible is our paramount priority, and we are working in close consultation with our suppliers and public health experts as this ramp continues.”

The losses on the US market seems to be on the rise as US health officials have warned that there is an expectancy of a likely spread of the virus in the US. The director of the National Center for Immunization and Respiratory Diseases, Nancy Messonnier stated that “we are asking the American public to prepare for the expectation that this might be bad.”

Already, there have been 57 confirmed cases of the virus in the US. However, the White House has assured the US residents that the case is “very tightly contained” with Larry Kudlow, the White House economic adviser reemphasizing this fact by saying, “I think this thing will run its course and the US is in excellent shape”, in an attempt to calm panicking investors. Nevertheless, US investors have continued to sell stocks as the American Airlines shares declined by 9% and the Norwegian Cruise Line Holdings and Marriott dropping by 8%.

Some US financial market analysts warn against buying dip. “This is not a buy-the-dip market. It is a don’t-catch-a-falling-knife market.” More so, many analysts are expectant that the coronavirus epidemic will peak in the first quarter of the year and it would take economic activity to rebound by the second quarter. As one of the analysts Margret Yang, a CMC Markets analyst stated, “those who expect the virus to kick off a global recession might be disappointed, as the impact is likely to be temporary.” The major concern of global investors is how the epidemic is affecting consumer demand, manufacturing supply chains, and significant economies all around the world.

A lot of havoc has been caused on global supply chains as a result of the outbreak, companies’ profits have also been greatly affected. As a result of that, many large American companies have started reviewing their revenue outlooks.

Other sectors of the markets that have been affected are currencies and oil markets. As of Monday, the US dollar which was at a high of 99.151 traded at 99.131 against a basket of currencies. The Japanese yen was also traded at 109.85 per USD while the Australian dollar increased 0.22% against the greenback at 0.6728. Due to the impact of the virus, currencies have sold off with the Japanese yen and Korean won taking the lead. These currencies have fallen by the lowest levels against the US dollar. The euro has also experienced its fair share as it recorded some losses against the US dollar as it dropped to its lowest in the past week.

In the oil market, international benchmark Brent crude oil declined by $57.32 per barrel while the US crude dropped to $52.05 per barrel in electronic trading.

As the Covid-19 is a matter of global societal and economic concern, finance ministers and central bank governors from around the world have pledged to improve global risk monitoring and acknowledged that the coronavirus posed a great threat to global growth, this was stated during a weekend meeting in Riyadh, Saudi Arabia.

Predictions of the Chinese Market

In a recent CNBC news update, it was reported that the JPMorgan “sees China’s economy growing 15% in the second quarter as it recovers from the virus.” According to the reports, it is expected that the Chinese economy would grow on a quarter-to-quarter annualized basis, therefore, it may take the whole year for the Chinese economy to get back on track or less. The JPMorgan representative, Joseph Lupton stated that “It’s not just looking at things still depressed. It’s looking at where the bottom is and are we starting to march our way upward?”

Seconding Lupton’s predictions of the Chinese economy is Kristalina Georgieva, the IMF Managing Director, stating that, “In our current baseline scenario, announced policies are implemented and China’s economy would return to normal in the second quarter. As a result, the impact on the world economy would be relatively minor and short-lived.” In addition to her statement, she also made mention of the fact that global governments have also put into consideration worst-case scenarios where the virus lasts longer than expected and global economies fail to recover in due time.

The Best Performing Mutual Funds in 2020

Coronavirus Unemployment Benefits: Who can apply? How to apply?

what is the meaning of furlough

President Trump Says, the Next Two Weeks Could be ‘Ugly’ for Americans