DraftKings announced on Thursday that it had successfully completed the merger that would make the company public. The merger was worth $3.3 billion. The Boston-based sports company has merged with Diamond Eagle, a special-purpose acquisition company (SPAC) that went public in May 2019. It was reported that the company was to resume trading on the Nasdaq on Friday under the name DraftKings and the ticker DKNG.

DraftKings CEO and co-founder, Jason Robins, said that “It’s a big milestone for us, and I think in many ways some of the things we went through, the different ups and downs and curveballs, make it that much more special.” It was also reported that Robins would also serve as the new CEO and chairman of the merged company.

Many have wondered why the companies decided to go ahead with the merger in a time like this—a time when the entire sports world has been shut down due to the coronavirus pandemic. A time, also, when the entire financial markets are struggling as a result of the coronavirus. The manner in which the merger also happened was probably not what both companies originally envisioned. A few months earlier when the merger was recently announced, while many investors were anxious about it, others were expecting something other than a traditional IPO process.

While many people wonder about the turn in events, Robins in a phone interview with Yahoo Finance, candidly stated that the new approach was for the best and had its advantages. Saying that, long before the coronavirus surfaced in 2019, DrakfKings had a discussion about how the market had enjoyed an 11-year bull run, and with the upcoming elections, there was a possibility of the market suffering a major decline. “That was a risk of doing a traditional IPO that the SPAC structure protects against.”

“If this were a traditional IPO, forget ringing the bell. I don’t think we’d be able to close the transaction… this way, we close the transaction and put another half a billion dollars on the balance sheet at a time when it’s not very easy to raise money. I hope people view this as an innovative thing we did, much in the same way I hope people view us as innovative on the product side,” he said.

Concerning the situation of the current sports industry as there are no live sports to bet on, Robinson also says, “that’s a temporary thing.” Thankfully the company offers participants other services asides live sports betting.

“As long as our customers continue to engage with us, people will be eager to reactivate when sports do come back. We always have people deactivate at the end of the NFL season, reactivate at the start of the season, so there’s always a seasonality to it anyway.”

DraftKings is a major sports betting provider, controlling about 60% of the market. Analysts estimate the company to be worth billions along the line. DraftKings’s reach continues to widen as more states legalize sports betting. One way the company can expand its operations all through the US is by going public through an IPO.

Fantasy sports have been a trend in the sports culture for over decades. In 2012, Jason Robinson, Paul Liberman and Matt Kalish decided that fantasy sports would be more preferred if done daily rather than season-long. This idea birthed DraftKings. Within a couple of years, DraftKings became an international brand. The company operates in 9 US states and 8 countries, offering sports experiences across NFL, NBA, MLB, NHL, UFC, and NASCAR.

The company also offers multiple daily contests to keep users busy by participating in different contests to win cash and prizes. There are contents for both beginners and experts. DraftKings also offers leagues, that way, users can challenge each other privately.

DraftKings decided to take up the new challenge of going public after realizing the great potentials locked in the industry. In 2018, the Supreme Court ruled to remove the ban on sports betting, since then the industry has continued to grow and gain wide-spread as states begin to legalize it. 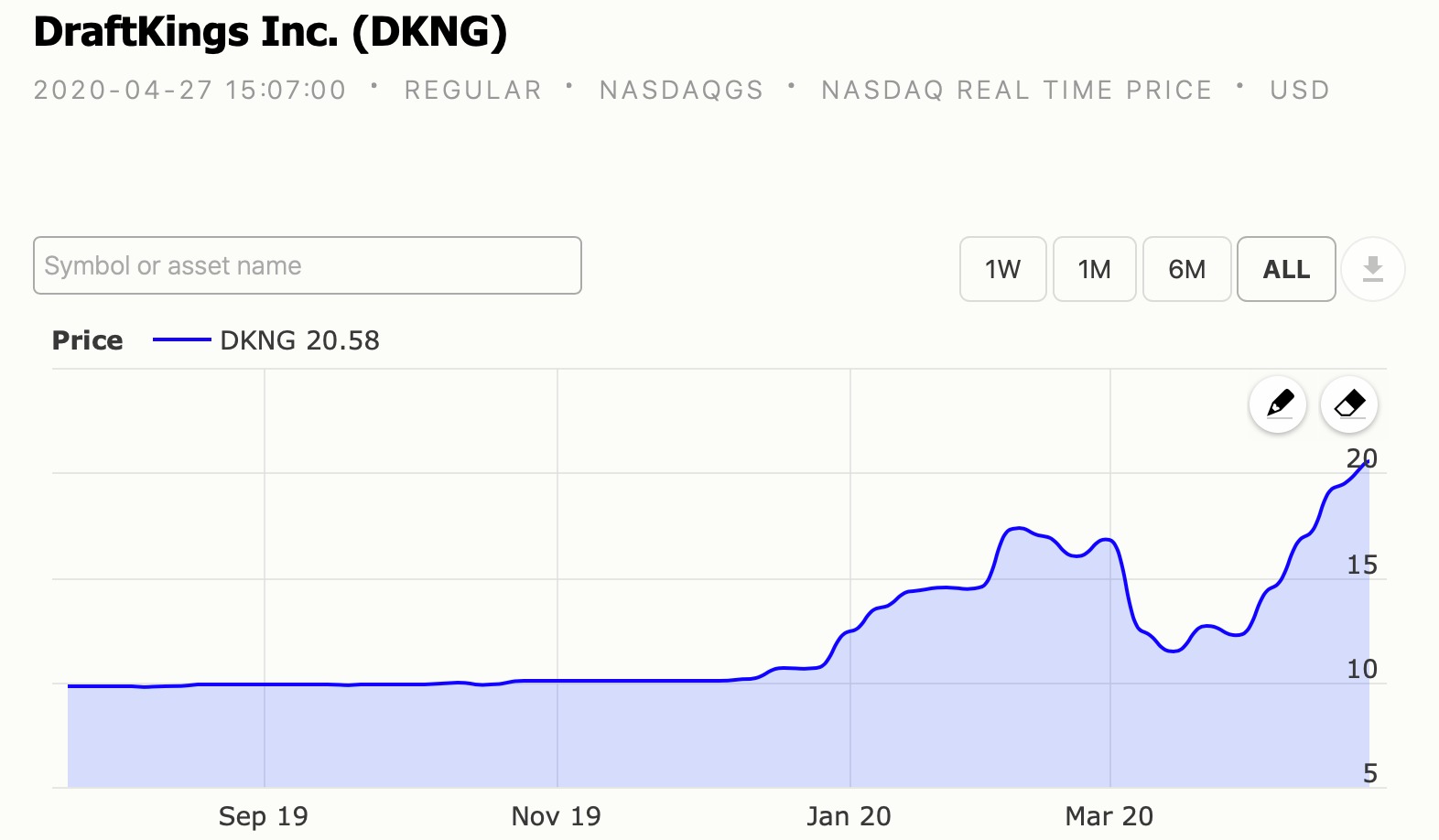 Draftking started trading at $22.50 after coming public, its market cap is still at $ 1Billion and the stock is now trading at $20.58 per share. The stock is now down by about 2 dollars since the IPO price hit the market. Draftking makes money when sports are in session and since many sports have been postponed, the company is losing out on the amount they used to make daily.

As a result, the stock price may go lower from here before it starts going back up again.

Reynolds Is Making Plans To Sell Up To $1.3 Billion In U.S. IPO

Stocks that are expected to file IPOs in 2020

IPO NEWS: Saudi Aramco's Share Price Is At The Top Of The Range, Valuing It At $1.7 Trillion