Video: How to Short Stocks, Benefits, and The Danger of Shorting stocks.

Shorting stocks come with a lot of risks and if it pulls off well, you can take advantage of stock prices falling and make money from it. If only you are willing to accept the risks.Maybe you have hea...

What is Initial Coin Offering? (ICO)

FAANG Stocks, What are They?

Coronavirus Death Toll in the US

News from several sources have revealed that Saudi Aramco's executives have met with officials of the Abu Dhabi investment authority (ADIA) to discuss a potential investment with the sale of Saudi Aramco shares which could raise as much as $25.6 billion.

By revenue, it is classified as one of the largest company in the world. It has been reported that Saudi Aramco has both the world's largest proven crude oil reserve (270 million barrels) and the second-largest daily oil production. 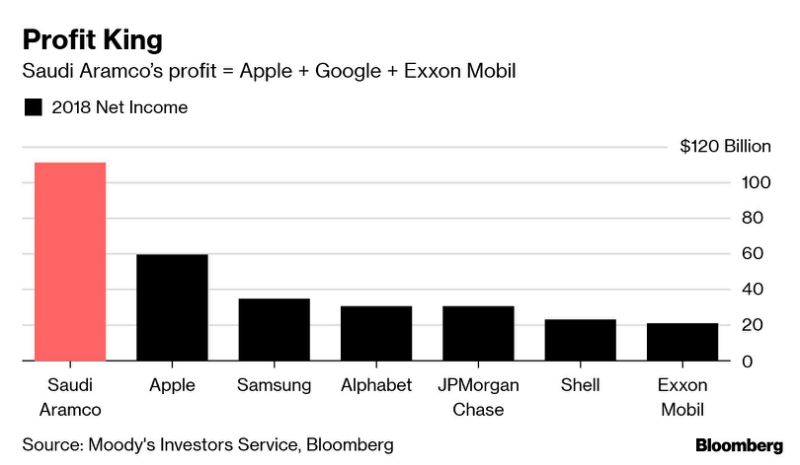 The meeting between the world's largest sovereign wealth funds, ADIA and Aramco, was separate to an investor road-show in Abu Dhabi, the second phase of a Gulf marketing effort by Aramco and its advisers.

Saudi Aramco has reportedly struggled to attract major investors for its IPO. This IPO could potentially be the biggest in the world. It's believed Aramco have met with Kuwait Investment Authority (KIA) and Singapore's GIC.

Some investors who attended the Aramco road-show in Abu Dhabi on Monday expressed mixed reaction about investing in the deal; and according to a fund manager, Aramco's future weight in bench-mark indices was a compelling reason for fund managers in the Middle East and North African (MEAN) region to invest in its shares.

London-based Capital Economics, in a statement issued on Monday, said, "Aramco have stepped up gear this month but the signs are that it is unlikely to be the blockbuster sale that the kingdom once hoped for."

Bankers have told the Saudi government that investors will likely value the company at around $1.5 trillion, below the $2 trillion valuation touted by Crown Prince Mohammed bin Salman when he first floated the idea of an IPO nearly four years ago. Aramco is looking to sell 1.5% of the company in the deal, valuing the company to be between $1.6 trillion to $1.7 trillion. It has set a base dividend of $75 billion over five years. Aramco also did not mention what measures it has taken to beef up security following unprecedented attacks on its oil plants in September. The Aramco deal is the center piece of Crown Prince, Mohammed bin Salman's plans to diversify the Saudi economy away from its reliance on oil.

According to an invitation sited by  Reuters, the Aramco roadshow which was held in Abu Dhabi was led by Yassir Mufti, Vice President of Strategy and Market analysis, and attended by members of the oil firm's IPO team.

If the Saudi Aramco IPO goest trough, it will become the largest IPO in history. Aramco will eventually become a valuable investment for investors, however, it may take a while.  The stock price may open high, then goes low before it starts growing at a steady rate.

When is Saudi Aramco IPO Date: The oil company's shares are expected to become available for purchase on the Riyadh Stock market on December 11, 2019.

How can I invest in Saudi Aramco IPO from the USA?

Individual investors living outside Saudi Arabia are not allowed to directly invest in Saudi Aramco shares because of the law that states that only institutional investors can invest in the company; say the people familiar with the subject.  Also, qualified institutions must have at least $500 million in assets under management and be subjected to a jurisdiction that applies to similar standards to Saudi Arabia. Furthermore, the institutional investors must apply for a licence from the Saudi financial markets regulators to become a Qualified Foreign Investor ( QFI).

Reynolds Is Making Plans To Sell Up To $1.3 Billion In U.S. IPO

Stocks that are expected to file IPOs in 2020

IPO NEWS: Saudi Aramco's Share Price Is At The Top Of The Range, Valuing It At $1.7 Trillion